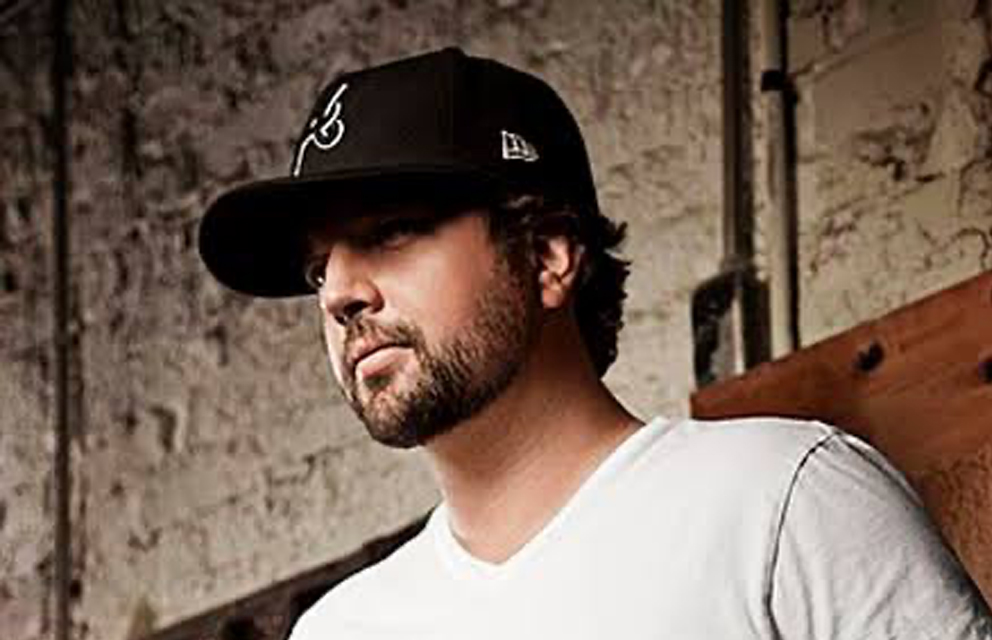 Dallas Davidson is a man of many hats.

On a personal level, he’s a loving and supportive husband and the father of two little boys - Dallas Jr. and Monroe. He’s a loyal friend who continues to maintain his hometown relationships even though he has lived in Nashville for over 15 years. He’s an enthusiastic supporter of the University of Georgia Bulldogs, he’s an outdoorsman who enjoys a day of hunting, a glass of aged red wine or a good joke, even at his own expense.

You could call Dallas a hit songwriter. In fact, you’d be remiss if you didn’t. A native of Albany, Georgia, Dallas arrived in Nashville in 2004 with $700 in his pocket and a different kind of dream than his friends, Jason Aldean and Luke Bryan. Not a fan of performing, he instead channeled his artistry into songwriting.

But that doesn’t mean that his husky growl didn’t get noticed. “I got offered record deals and I called Luke and said I got an offer I couldn’t refuse,” Dallas remembers. “And Luke said, ‘Dallas, did you lay in bed as a kid and dream of being on stage every night?’ And I said, ‘absolutely not.’” Luke then pointed out that if Dallas did choose to go the artist route, he would be giving up precious writing time. “It made me go, ‘You know, I’m pretty comfortable with this gig I’ve got where I get to write songs then go fishing,” he laughs.

It didn’t take long, though, for his words to become his fortune. After a night out with the boys - Jamey Johnson and Randy Houser - the three penned the Trace Adkins hit “Honkytonk Badonkadonk,” and Dallas was all in. Although he modestly admits that not every songwriting session has produced a smash, he has racked up an impressive 26 number-ones. However, chart toppers are only one way to mark his success. His mantle is filled with hardware from organizations like the CMA, ACM, BMI and NSAI and publications like Billboard who recognize his immense talent in the writer’s room. Most notably, Davidson has become one of the most influential and respected songwriters in Nashville having earned the coveted Songwriter of the Year six times.

And that is where his reach expands far beyond country music. Not only has Dallas written songs for Trace and Luke, you can also find his name on the songwriter credits for artists like Lady GaGa, FloRida, and T-Pain. And there is more on the horizon. To date he has had over 500 of his songs recorded by artists from various genres.

In 2015, after years of writing for other publishing companies, Dallas tapped into his experiences as a staff writer and his own ideas for improvement and expansion and started Play It Again Publishing. In his brand new role as an entrepreneur, Dallas established a business that was unwilling to limit the creativity of his writers or himself…no boundaries.

Dallas explains, “Times change and with streaming, I saw an opportunity for a small guy to do big things. It was another opportunity to give back to the new guys.” He goes on to say, “I could work with these up-and-coming songwriters and help them grow, show them what to do, what not to do, the mistakes I made, the things I did right and pass the torch, so to speak, all the while keeping me young. I’ve got 22- and 23-year-olds walking around my office that keep me a little hipper at age 42.” He chuckles, but he adds, “It keeps me young and energized and I love being able to be around people that are hungry like I was when I moved here in 2004.”

And it’s working. Dallas continues to crank out hits, including songs like Luke Bryan’s “What Makes You Country,” and “Huntin’, Fishin’ and Lovin’ Every Day,” Jason Aldean’s “Tonight Looks Good You,” and Lee Brice’s “One of Them Girls”

Just this year, Dallas expanded his successful music publishing company to include an artist development and management arm making his enterprise a full-service firm. In essence, Dallas was already providing invaluable guidance to the artists on the PIA roster, but by making it official and bringing in industry vet Ryan Dokke as CEO, they were able to grow their resource pool to better serve their rising stars and to establish themselves as a force focused on the vitality of the music community as well as their artists as they grow from fledgling to superstar.

“We’re developing artists by writing songs with them,” he explains.

In reality, Dallas influence goes farther than writing songs, although that’s where he shines brightest. He also dispenses advice that could only come from observing the development of superstar careers. He knows the power of perception - look like a star and you’ll be perceived as a star, he knows the value of a good work ethic - “always work harder than the competition,” and he knows the importance of being a good person - “always take the high road, be nice to everybody.”

But because of his success as a songwriter, Dallas is in a position to put his aspiring stars into situations where they can succeed. A recommendation from him locks in co-writes with other hit songwriters like Ashley Gorley or Rhett Akins, and it also works in reverse. He’s happy to take a co-write with a highly recommended young artist. It’s a smart investment for everyone involved. “You don’t have to spend two-million dollars to break a new artist,” he points out. “You just have to have hit songs. If you don’t have a hit, you’ve got nothing. You can’t be a successful artist without a hit song.”

Being the new kid on Music Row doesn’t mean that PIA is adding to their roster at breakneck speed. Signing with Play It Again means that Dallas is putting on his beloved songwriter’s hat again. He explains, “You don’t get signed to Play It Again until you sit in a room with me.”

That’s an opportunity any young songwriter would embrace.

More often than you might expect, Dallas is wearing multiple hats at the same time and his personal and professional lives collide in the best possible way.

His incredible passion for his home state and his experience in the music industry led him to be elected to the board of the Georgia Music Foundation in 2011 and elevated to Chairman in 2012. The organization, founded in 1994, provides support for music education, outreach and preservation of the musical heritage of the peach tree state, and with as much pride as he’d have accepting a songwriting accolade, Dallas is excited to share that this year alone the GMF is handing out 34 grants to schools in Georgia, to bring the world of music to children who may not otherwise have the opportunity.

Dallas also has a longstanding weekly songwriting appointment with home state pals and hit songwriters Rhett Akins and Ben Hayslip, affectionately known as Peach Picker Wednesday. Their efforts have individually and collectively produced hits for most of Nashville’s biggest stars. But their hometown hearts also led them to hold a concert every year - seven so far - that has raised over $1-million for the Georgia Music Foundation and other charities. And, just as important, they represent the importance of the brother- and sisterhood that is Nashville’s music community.

And his beautiful wife, rambunctious boys, football, hunting and an occasional beer or glass of red wine have even found their way into song lyrics. An example of art imitating life.

The sky’s the limit for Dallas and Play It Again. “We want to grow and we want to compete with the majors. I have high aspirations,” he says.

Yes he does, but as he is quick to admit, it all starts with a song. And he’s got ‘em by the truckload.

All Over Me - Josh Turner

All About Tonight - Blake Shelton

Country Girl Shake It For Me - Luke Bryan

If Heaven Wasn't So Far Away - Justin Moore

Just A Kiss - Lady A (Country)

We Owned The Night - Lady A

I Don't Want This Night To End - Luke Bryan

The One That Got Away - Jake Owen

Kick The Dust Up - Luke Bryan

Back To God - Reba

What Makes You Country - Luke Bryan

One Of Them Girls - Lee Brice