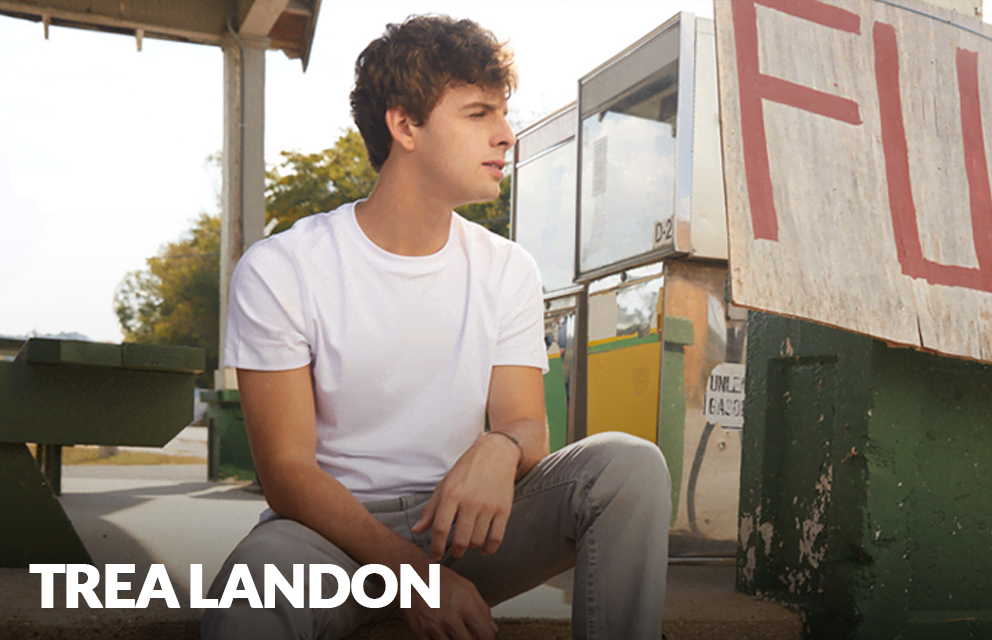 Some people sing country music and some people live it. Trea Landon does both. Born in Daisy, GA, the 26-year-old Warner Music Nashville recording artist was raised with a fishing pole in one hand and the keys to the pickup in the other. Equally at home on a four-wheeler as he is on a stage, this country boy translates his real-life experiences into music drenched with authenticity - telling tales of love, heartbreak, dirt roads and good times in a way that lets you know he’s lived all of it. With a lilting voice that lends itself to both stadium ready rockers and acoustic-backed love songs, Landon effortlessly combines a traditional tone with a modern edge. Citing fellow Georgia-natives The Peach Pickers as one of his major influences, Landon followed in their footsteps to Nashville in 2015 and landed a publishing deal within four weeks of his arrival. A major label deal with Warner Music Nashville followed just two years later, which he has since celebrated with the release of his debut EP Dirt Road Dancin’. Having already toured with the likes of Luke Combs, Riley Green and Craig Campbell, Landon joined labelmate Cole Swindell’s Down To Earth Tour for its abbreviated run in March. He is currently working on his classic cover series, introducing old hits from artists like Hank Williams Jr. and Keith Whitley to a new audience. For more information go to trealandon.com